“What bothers most critics of my work is the goofiness. One reviewer said I need to make up my mind if want to be funny or serious. My response is that I will 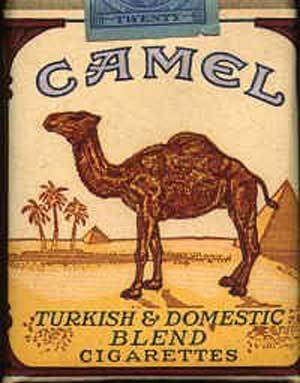 make up my mind when God does, because life is a commingling of the sacred and the profane, good and evil. To try and separate them is fallacy.”

“It’s never too late to have a happy childhood”

The Still Life With Woodpecker by Tom Robbins is a wet dream for any us who love the outlaw, who believe that an individual human life can still be romantic, and that group-think and humorlessness are the real evils of our world.  Tom Robbins is a strange man for anarchists to read, but if we can accept the good with the bad, and the funny with the serious, then we can forgive or at least understand Tom Robbin’s tendency toward new age hippie fallacies.  We can look more deeply into this and appreciate his keen insights into the ways each of us surrender to ourselves, others and society, and the ways it is possible to free ourselves from these same forces.  How can we not love a book that begins with an outlaw coming out of bombing retirement to blow up the biggest meeting of the leftist minds he dubs the Care Fest(a collection of liberals , the Dalai Lama, Ralph Nader, and all those in the world who seek to better the world by controlling it).  Bernard Wrangle only has one life philosophy, Yuk or Yum, and he lives by it.  This book is an exploration into the heart of a collectivist and an individualist, one who is a world saver and one who knows how to live in the world.

The main difference between the two main characters Leigh Cheri and Bernard Wrangle is articulated by Leigh Cheri when she says “I’m always trying to change the world.  You know how to live in it.”  Some of us know both of these perspectives, others do not.  The trouble with anarchism as it stands today is that many who are interested in it are interested in an attempt to save the world.  Some, like myself, make it through and come out somewhere else, without the interest/need/guilt of saving the world and instead make a suicide pact with ourselves that we are going to figure out just how the fuck to live in it.   This means a few things:

By confronting the real we are forced to become metaphysical outlaws.  We stand metaphysically opposed to the traffic light late at night, the shitty schools and jobs and businesses we hate, and the global slavery that provides everything we never wanted for us. When we attempt to create our own values we become further opposed to the existing order of things and become a step closer to being an actual outlaw, instead of just a metaphysical outlaw.  Once we take the third step and come to terms with death, then we are ready to to live the good life, as long as we can have it, because a long string of days of submission is not freedom, it is a chain to life with which we can only hope to prolong death.

Since mass movements, governments, states, and societies aren’t of interest to us then the relationship between the outlaw and anarchism becomes nebulous.  Where do any theories of history, mass, or movements fit into the life of an outlaw besides as things to negate?  What does an an anarchist care of the anarchist milieu which is mostly full of socialists, conformists, followers, and unoriginals.  An outlaw cares not for socialism, they care for theirs and their own and recognize that society at large and the overwhelming majority of the individuals within that society do not share their desires.  And, not only do those individuals not share their desires, they are actively opposed to them.  We live in a world of “safety” where the real police are the citizens.  Each of those nice college kids and soccer moms and working men, are police.  They fill the function of Good Samaritans, which means being a cop.  The outlaw looks upon these types with a mix of pity and disgust and a latent hatred that occasionally burns hot enough to set ablaze these people who continue to live within the metaphysical bounds of society.  The outlaw breaks with the anarchist scene, all scenes.  The outlaw exists as a fluid desiring machine, making whatever effort possible to be conscious of these desires and how they mix with the society they live in, the citizens they are near, and the animals, plants, and inanimate objects surrounding them.  The outlaw is an individual while acknowledging that the individual is not a real definable tangible thing.  The outlaw not only is a paradox but the outlaw embodies and loves the paradox.  They know not from where they came or where they go and instead embrace the mysteries of the universe and explore them with hysterical laughter.  As Bernard Wrangle says, ” I stand for uncertainty, insecurity, bad taste, fun, and things that go boom in the night.”  The world fixer needs an answer for everything, a plan for the future, and an understanding of what is right and wrong for each situation.  The outlaw lives within the comfort of insecurity and uncertainty and cannot be contained by the shallow thinking of fixed ideas and fixed relations.

Unlike most anarchists who exist in a state of war with capital and police while upholding society and citizens, the outlaw exists in a war of all against all.  The outlaw exists in constant war with themselves, their desires bubbling within them mix and heat, and they are not afraid to let them up to the surface where they could steam or explode.  The outlaw denies the world’s ethics and morality for the sake of their own paradoxical and battling desires.  The outlaw refuses to sacrifice themselves for a cause, to give themselves up for an imagined idea.  In a sense the outlaw attempts to be real in an unreal world, the ultimate paradox.  In the words of Tom Robbins:

“How can one person be more real than any other? Well, some people do hide and others seek. Maybe those who are in hiding – escaping encounters, avoiding surprises, protecting their property, ignoring their fantasies, restricting their feelings, sitting out the pan pipe hootchy-kootch of experience – maybe those people, people who won’t talk to rednecks, or if they’re rednecks won’t talk to intellectuals, people who’re afraid to get their shoes muddy or their noses wet, afraid to eat what they crave, afraid to drink Mexican water, afraid to bet a long shot to win, afraid to hitchhike, jaywalk, honky-tonk, cogitate, osculate, levitate, rock it, bop it, sock it, or bark at the moon, maybe such people are simply inauthentic, and maybe the jacklet humanist who says differently is due to have his tongue fried on the hot slabs of Liar’s Hell. Some folks hide, and some folk’s seek, and seeking, when it’s mindless, neurotic, desperate, or pusillanimous can be a form of hiding. But there are folks who want to know and aren’t afraid to look and won’t turn tail should they find it – and if they never do, they’ll have a good time anyway because nothing, neither the terrible truth nor the absence of it, is going to cheat them out of one honest breath of Earth’s sweet gas.”

This is the heart of the outlaw.  This is how the outlaw lives beyond politics.  The outlaw lives within close contact with the mystery, knowing that this relationship does not end.  There is no end, no utopia, nothing given but the moment and the lightning strikes of desire.  If anarchy or anarchism has a relationship to the outlaw it is in its negation, not its positivist project.

Editing and Sound by The Big Cat